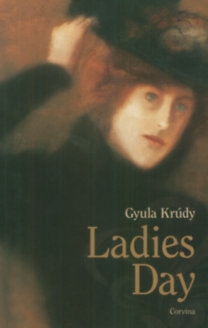 Gyula Krudy whom John Lukacs calls ‘the greatest prose writer of Hungary in the twentieth century’ created a vast body of fiction and non-fiction that remains still largely undiscovered in European literature. Sandor Marai found his ‘literary power and greatness almost past comprehension. He knew and preserved an other Hungary that was more enigmatic, more humane, more frightening and paradoxical than the real one.’ In Ladies Day the undertaker Janos Czifra finds himself at a wedding and then in a brothel where, via an encounter with his shadow self Dream, he witnesses a series of bizarre and sordid scenes. A young woman goes into labor alone and abandoned in a dog’s den at the bottom of an air shaft. Her life story unfolds, including a nestled narrative of murderous love set amidst tableaus of Budapest in the early 1900’s.